Have Rockman...Plug In, Turn On, GEAR UP!

A dedicated forum for posting pictures and other information about Rockman rigs.
2 posts • Page 1 of 1

Always loved Boston; at least the first 3 albums, but especially the first album. Loved the tone and the playing!

Had some Rockmodules back in the late 80s, but I never really got down 'n' dirty with them (main amp was a Marshall 2210). Wound up selling them in the early 90s to help pay the rent. I did keep, however, my Rockman X100 (which I still have)... practiced many a cover tune back in the day with that bugger.

Anyhoo, while waiting for the rest of the Rockmodules to arrive, I've always had some sort of way of getting the Boston tone.
Having finished up my Edward brown sound quest (with great success; variac included!), I decided to revisit the Boston tone utilizing the gear I currently have.

I'd like to call this "1st album tone" as the Rockman lineup did not exist in '76. No, we're talking a goosed Marshall (a JTM45 reissue that I've modded) into a dummy load / slaved, EQ, etc a la the first album. The EQ settings as such: 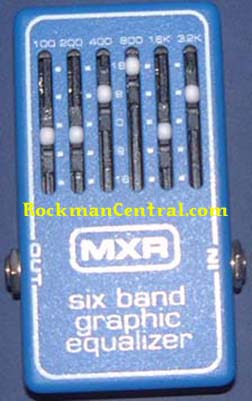 So, the signal chain is thus (vertically):

Here's what the above sounds like; zero EQing in the DAW, only panning. Me on the L, Boston on the R:

Now, take the "Hitch A Ride Solo" clip from above, run it through the Stereo Chorus Rockmodule, and you get:

And for fun, I ran an old rough take of Don't Look Back through the Stereo Chorus:
http://soundclick.com/share.cfm?id=12826216